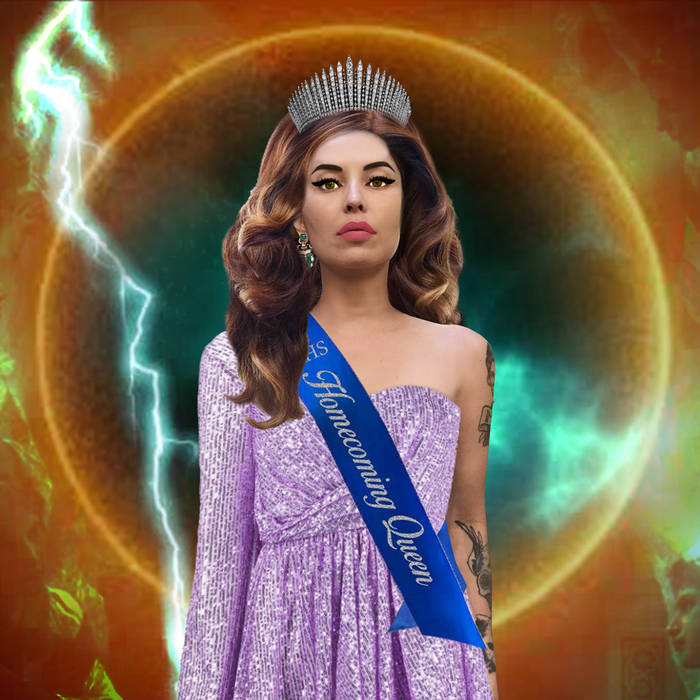 Kianna White cut her teeth in the critically-acclaimed indie band Tilly
and the Wall, touring through the mid to late aughts with bands such as She and Him, Bright Eyes, Rilo Kiley and Of Montreal, playing venues around the world and major festivals like Coachella, Japan’s Summersonic, Iceland Airwaves, Reading and Leeds among others, as well as performing on Late Night with David Letterman and Sesame Street before going on hiatus in 2013. During this era, she also performed guest vocals on Rilo Kiley’s “The Absence of God”, “In the Sun” by She & Him and co-wrote and sang on Tiësto’s song “You Are My Diamond”.

Since 2017, her band Yes You Are, with now husband and co-writer Jared White, has had many song placements in movies, television and commercials, most notably in the Pepsi Super Bowl 51 commercial. When Forbes Magazine asked Lyle Hysen, the founder of Bank Robber Music, about the biggest licensing hits over the years, he spotlit Kianna and Jared’s work alongside artists like Spoon and Phantogram saying “Kianna Alarid from Tilly and the Wall has been working on new music with her band Yes You Are. They’re giving us two songs at a time, and they get placements all the time.”

Known for their electrifying live performances, Yes You Are shared the stage with the likes of K. Flay, Young the Giant and Fitz and the Tantrums, and toured the US with Neon Trees. Even though Yes You Are had proven to be successful in many ways, Kianna and Jared felt like the band hadn’t yet accessed their full artistic potential. In mid 2020 they announced the band’s break up when unexpected and major changes in the lineup served as a clear sign it was time to move on. They also decided that Kianna’s ability to hold the spotlight shouldn’t be ignored and set to work on new songs with a solo career for her in mind. The idea proved to be immediately inspiring to the writing duo, and they quickly assembled a collection of impressive new music that feels artistically fresh and full of potential.

Going now by her married name, and having found the support of Team Love Records, Homecoming Queen is Kianna White’s first solo release. The song’s hazy mood and hypnotic guitar lines take indie pop through the looking glass. What emerges on the other side is not flower child psychedelia, but a modern, luscious, psyche-pop, where lyrics of stoned introspection and longing float around on haunted, seductive melodies. Kianna’s voice keeps the trip from spinning off into a hall of funhouse mirrors, becoming a trusted and sober co-pilot, allowing you to surrender, close your eyes, and dance.

High on the freedom to control her individual narrative for the first time Kianna filmed, starred in and edited Homecoming Queen's innovative and spellbinding music video. All alone in her bedroom and encumbered with the limitations of self-isolation (she used only an iPhone, a Snapchat filter, a flashlight and iMovie) she managed to create something that feels new, slightly unsettling and entirely captivating. The spooky, trance- inducing visual effects over the song's eerily inviting hooks, present us with a poignant reflection of our strange and anxious times.

Bandcamp Daily  your guide to the world of Bandcamp